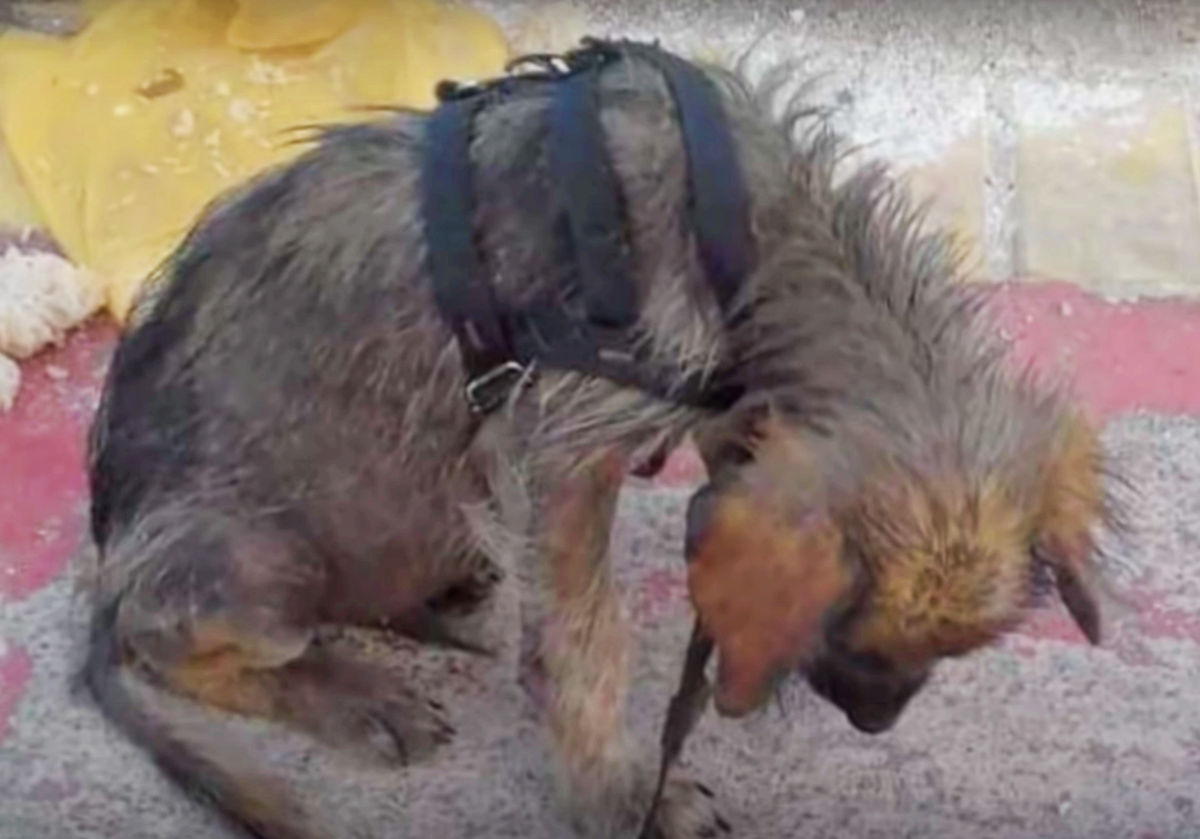 Every puppy needs tender loving care. They aren’t equipped to go off and search for food on their own, writes ilovemydogsomuch

Scared and alone, a puppy this young is likely to succumb to starvation. Finding water and shelter are other challenges that even grown dogs face.

When this little one was spotted all on his own in the street, he was in terrible shape. He sat, nearly hairless, scratching his skin. The most heartbreaking thing was that he hung his head down as if he wasn’t worthy of a good life. This made his rescuers so sad! He wasn’t just beaten down physically; this puppy was mentally and emotionally drained. 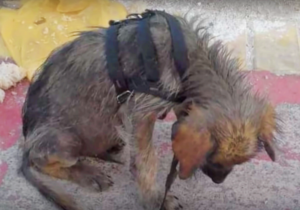 The rescue group in Brazil named the puppy Sardinha. He was so sweet but essentially shut down. Some locals explain that he was pushed out of his home when he got sick. A few others said he was always on the street. It didn’t matter how he got here. What mattered now is what happens next! 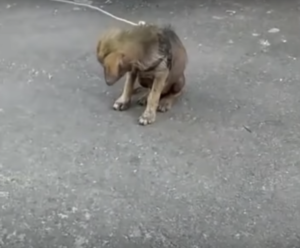 The rescuers bring the shy puppy to the vet. He’s a mess! The poor boy has scabies, worms, and eye infections. But amazingly, he understood that every human he met, since being taken off the streets, is there to help him. It takes some time but eventually the puppy lifts his head and makes eye contact. This was a HUGE step for him. 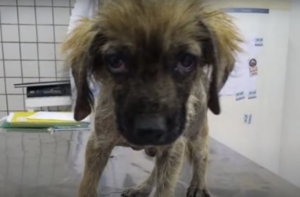 Convincing Sardinha that he is worth love and affection will be hard work. But no one will give up on him. The rescue got a call from a very kind woman who loves dogs. She has helped with rescues before. Because resources are limited, building an adequate animal shelter just isn’t in the cards. The next step for the sweet boy is to go live with her! She will make the perfect foster mom for the deserving puppy. 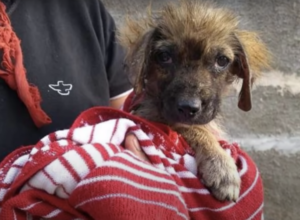 It takes a few days, but Sardinha makes quite the transformation. The puppy who hung his head down in utter shame begins to show his playful side. He loves to fetch and chase toys but is apprehensive at first. As soon as he realizes he’s truly safe, then his tail wags and smiles emerge. It really is quite the sight to see! 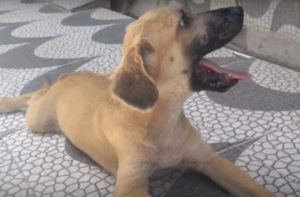 A family nearby had seen Sardinha playing outside and inquired about him, knowing the woman often takes in fosters. They want to meet him and see if he would fit in with their kids. A week later, the adoption papers are signed! Sardinha now has his forever home. The puppy who was starving, and nearly hairless, is ready for a life filled with tons of love. Now, this is the kind of story-ending we pray for! Thank you, rescuers! Sardinha deserves everything and more! To see his rescue and transformation, scroll down.