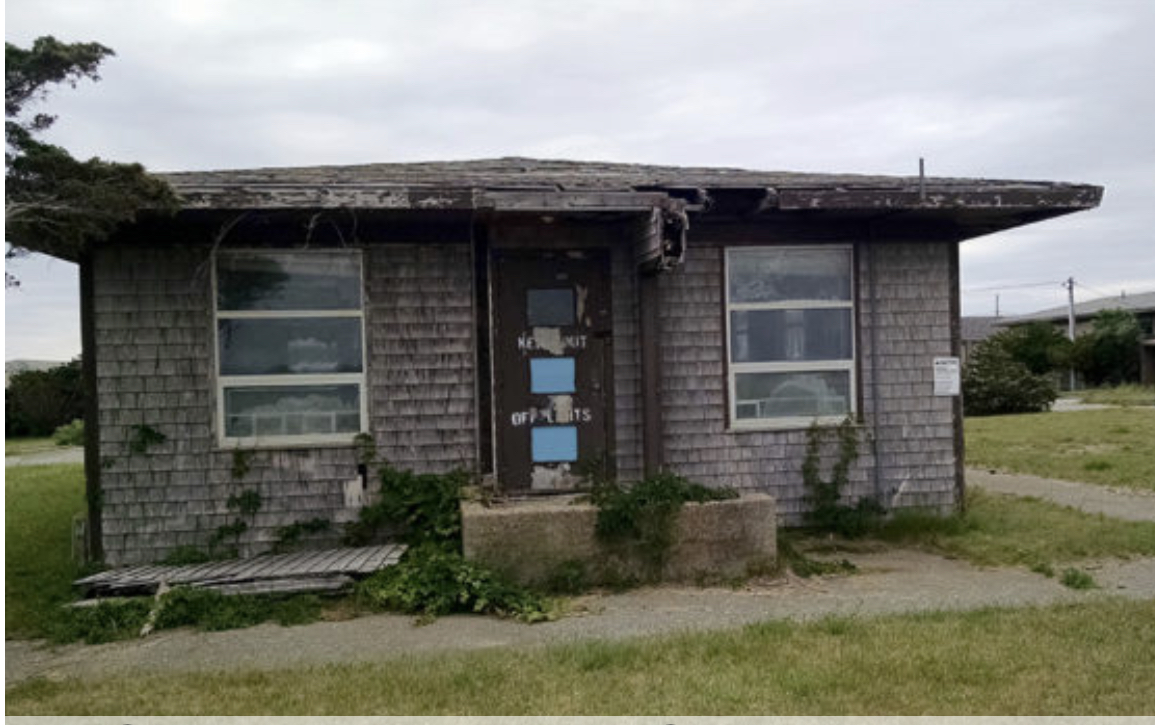 The North Truro US Air Force Station was a radar station which was among the first 24 stations built around the United States.

The U.S. Air Force ordered the Army Corps of Engineers to build 24 facilities after the USSR made its first atomic bomb test on August 29, 1949.

Four towers were built in the waters off the Atlantic coast and equipped with long-range search radars. One of these towers was located at North Truro. The towers were named “Texas Towers” because of their resemblance to oil rigs in the Gulf of Mexico. 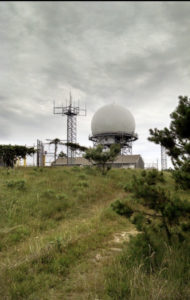 The Texas Tower could observe aircraft flying over the sea from 300 to 500 miles away. This fact provided the base with 30 minutes from the moment of detection of an enemy bomber to prepare for an attack.

However, despite their usefulness, the towers could be quite dangerous for those who worked there. Records show that over the years that these towers were operational, there were 32 fatalities. Texas Tower #4 at North Truro was known as “Old Shaky” because it swayed quite easily in the wind.

In 1960, the tower suffered severe damage due to Hurricane Donna. However, the military did not want to abandon Old Shaky for fear that the Russians might seize it. Instead, they sent a crew of 28 people to dismantle it.

The work was still ongoing in the winter of 1961 when another severe storm struck. The crew was told not to evacuate but to keep working, and ultimately this decision saw all of them losing their lives when the Tower sank.

The Cold War broke out in the early 1980s, and the need for North Truro Air Force Station decreased. In 1985, the station was officially decommissioned, and most of the land was sold to the National Parks Service.

However, part of the land was transferred to the Federal Aviation Administration, an organization that uses coastal-mounted radar to track international flights into both Logan Airport in Boston and Kennedy Airport in New York. 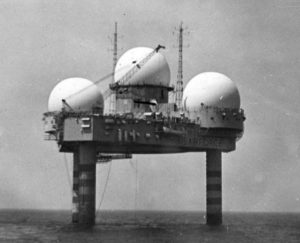 Those sections of the former station that were given to the National Parks Service operate as a park that is open to the public and guided tours are offered by the Cape Cod National Seashore, the organization which operates the site.

The radar dishes are no longer there, but the concrete pads on which they stood are still in evidence.

In order to turn this place into a public park, several buildings had to be modernized and renovated, such as the library and a classroom. However, on the site you can still find residential buildings, technical buildings, and offices, all close to collapse and boarded up.

Several buildings were demolished. Those buildings still standing contain asbestos and mold, which are expensive to remove and make demolition unwise. The Seashore has tried to raise funds to get rid of them but has so far been unsuccessful.

Most of the site is owned by the Seashore and they have redeveloped some of the land (like the library and classroom mentioned above) into the Highland Center, a performing arts center that offers art shows and educational events.

All photos were taken by Gin Minsky – a tap dancer, burlesque performer, and photographer from Brooklyn, NY. Her website is a blog with interesting stories and wonderful photos. A big thank you to Gin Minsky for allowing us to share her photos with our readers. Check her page here and enjoy! 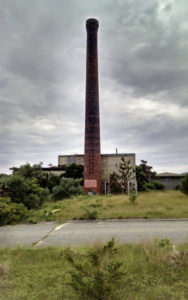 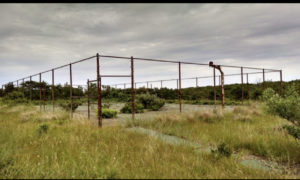 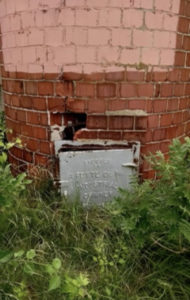 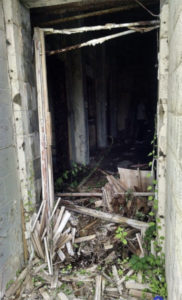 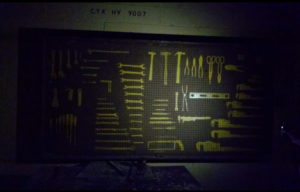 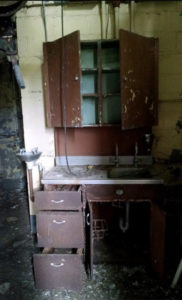 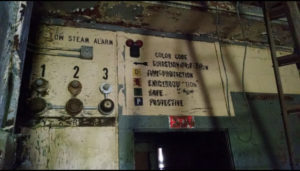 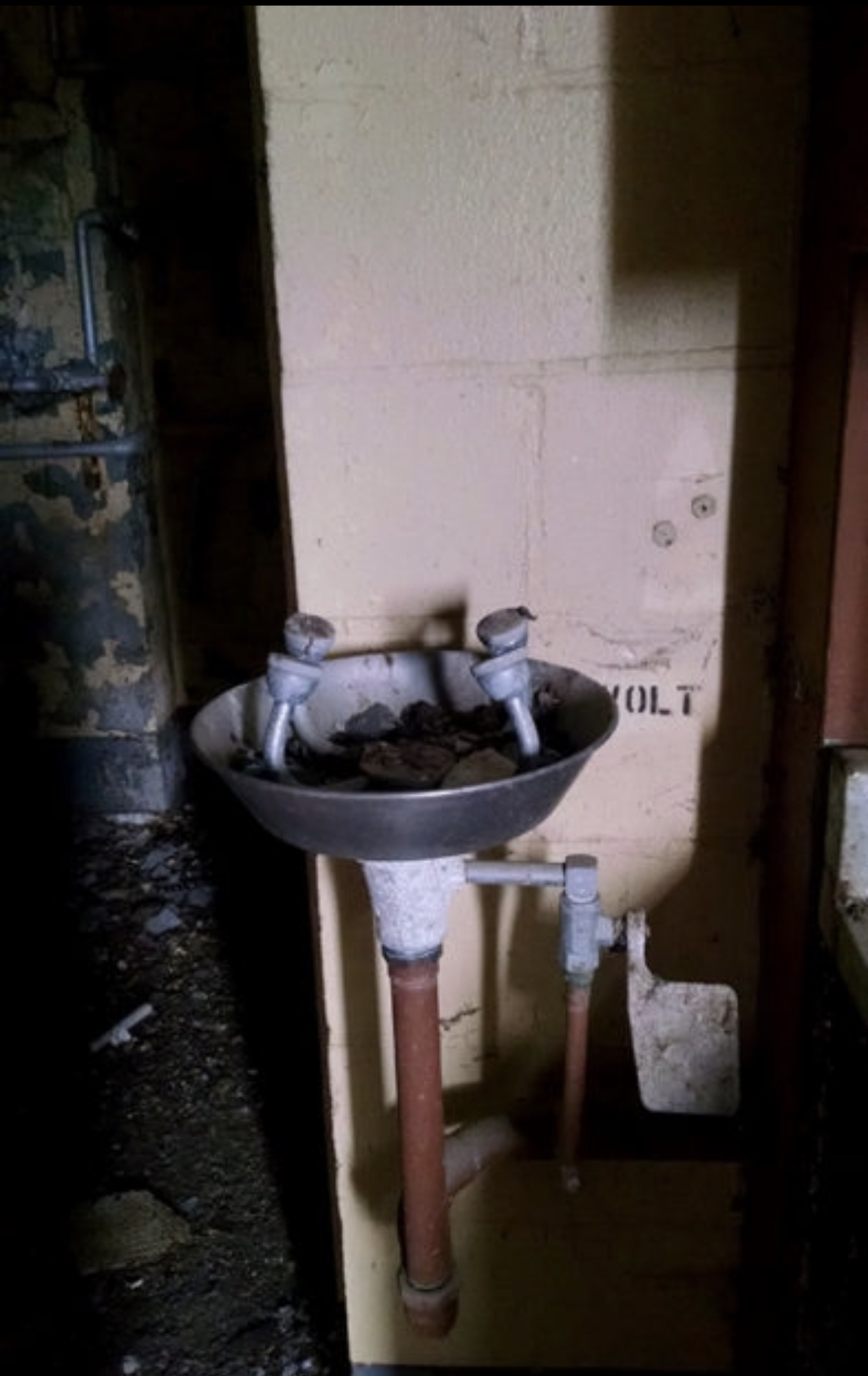